Teaching in the Patriarchy

Teaching in the Patriarchy

As a graduate student instructor for the School Overnight Program at Islandwood I get the privilege of working with students at a residential outdoor school. The group of students I served this week all suffered from significant trauma. One student recently lost a parent to suicide, another was severely bullied for being trans-identified, a few were in group homes, and the list goes on. Because of this, these students had a particularly hard time trusting new adults. I poured my heart into ensuring they felt safe and secure. At the end of the difficult week, I called my friend to share my success. I explained the measures I took to ensure that all the kids knew they mattered. I recalled the late nights spent writing positive messages in their journals, carrying extra jackets, laying out all of the food for the day for them to see, and more. I expressed the sadness I felt when being spit at, screamed at, and run away from. Although I was exhausted, I was proud of the outcome, to which my friend replied, “Wow, you are going to be a really great mom.” 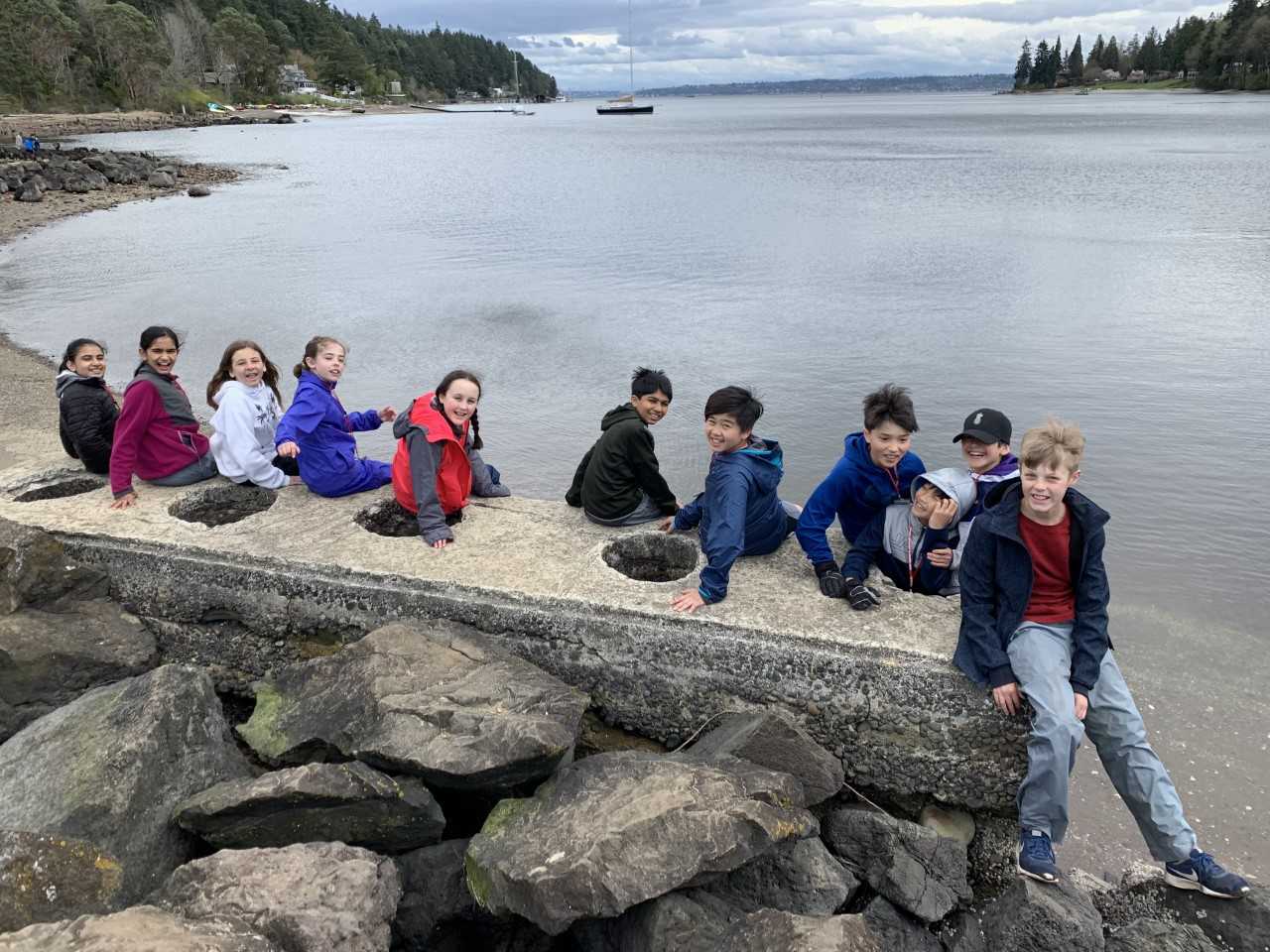 As a woman, I combat gender stereotyping daily. If a man had shared such a story, he would have been applauded for going above and beyond. As an educator, I am aware that my gender and petite stature play a large part in how I am perceived. Because of this, I have cultivated teaching strategies to combat the assumption of weakness that comes with gender bias. You can find me standing on elevated surfaces when giving instructions, using a strong voice when calling for attention, as well as firmly holding boundaries with students. Words that students often use to describe me are caring, patient, and as a result of my efforts to resist gender stereotypes, strict. When partner teaching week rolled around I had the chance to work with Berrick, a fellow graduate student who identifies as male. I chose to work with him because he has the ability to capture student attention quickly and hold onto it for long periods of time. I was drawn to this strength even though many of my classmates were fearful of being overpowered by his presence. When planning for the week, Berrick and I had an intentional conversation about how to support one another. Although it was not explicitly talked about, I felt that we were discussing how to prevent gender stereotypes from undermining the lessons. The week went smoothly as the responsibilities were divided equally between Berrick and me. Whenever either of us was rolling out instructions, we would turn to the other and ask if there was anything else to add. This demonstrated to the students that we were interdependent.

During lunch midweek, to gain insight on how well we were doing to counterbalance the gender stereotyping, Berrick posed the question, “Who do you think has more outdoor education experience, Morgan or myself?” All of the boys pointed to Berrick, and all of the girls pointed to me. The male students expressed that Berrick seemed to know a lot and therefore must have more experience. One girl remarked, “Morgan works really hard to keep us safe,” and all of the students agreed. It was obvious the students viewed Berrick as the expert and me as the caretaker. I told the students that I had spent the previous year instructing trail groups of up to 35 kids at another outdoor school. They were surprised. Berrick and I dug deeper, asking the students to explain why they thought Berrick had more experience. Realizing they did not have an explanation, they moved onto the next conversation. The fact that the students attributed more expertise to Berrick is a great example of the implicit patriarchal bias that is imprinted by society. At end-of-the-week debrief, Berrick and I agreed that overall we were a strong united front. Even though we modeled that we were equals as instructors, we both agreed that the boy students were faster to respond to him than me, indicating that there is more work to be done beyond modeling mutual respect to break gender stereotypes. 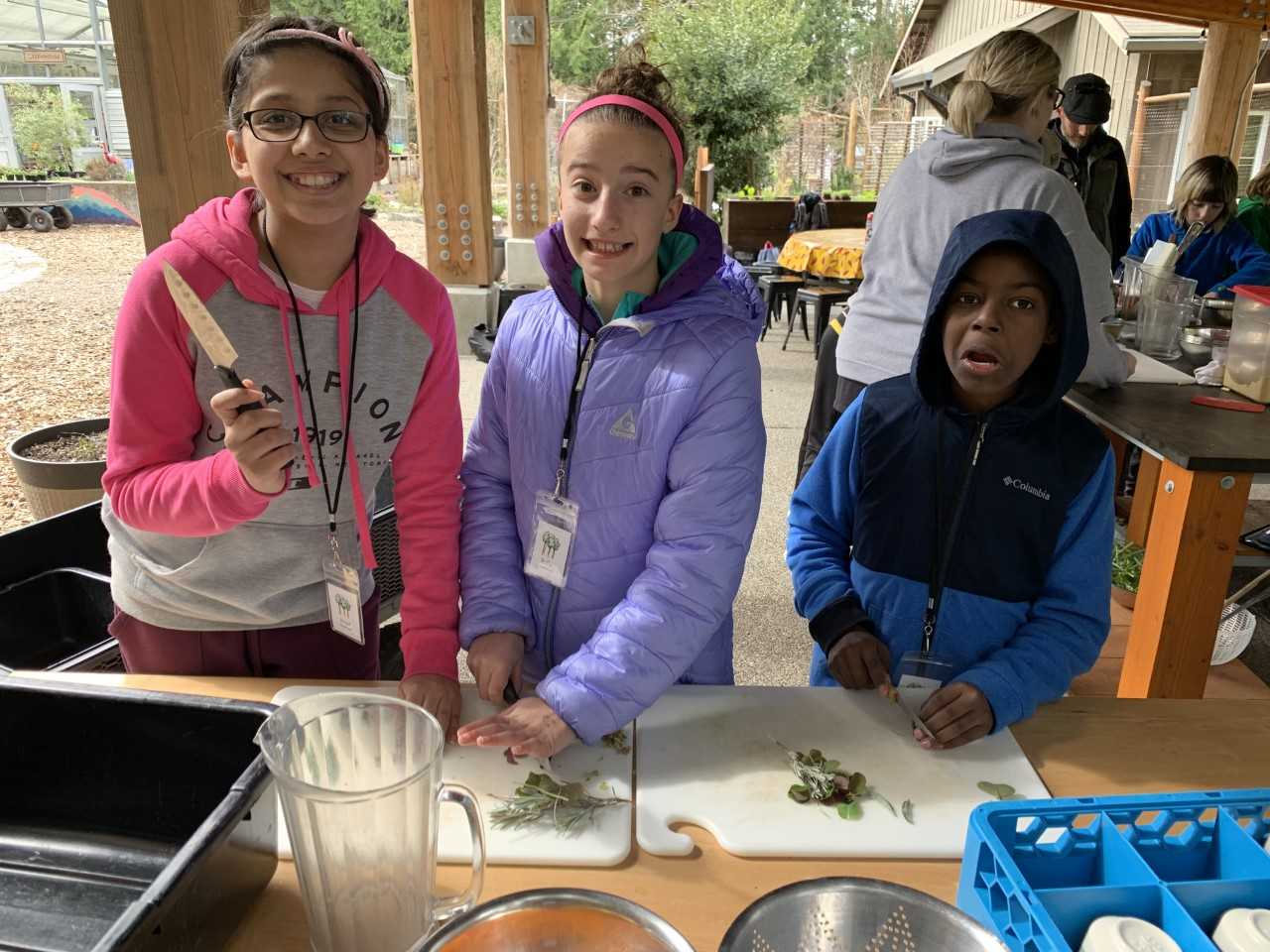 Gender stereotyping is a common occurrence in the groups of students who come to Islandwood. I deliberately work towards breaking those molds when teaching. I not only demonstrate my capabilities as a woman to students, but I also explicitly address gender stereotyping during instruction. I point out when the students divide themselves by gender when selecting teams or when only the boys want to use the knives while cooking. I will initiate courageous conversations with students surrounding the reasoning behind gender stereotyping, challenging them to become more aware of their biases throughout the week. Gender stereotyping impacts how all students view their capabilities. By empowering students to tackle it head on we can ensure that all students take full advantage of their potential.