From a Little English Ivy Comes a Lesson on Stewardship

From a Little English Ivy Comes a Lesson on Stewardship

Our field group plan for day two of the School Overnight Program was to have a quick walk to the harbor and work on a watercolor of a marine ecosystem. Instead, I had one of the most inspiring and powerful moments of that week prompted by something I hadn’t given a second thought about doing—pulling an invasive species.

At the beginning of our hike, I asked my students what they were noticing. They mentioned the moss and ferns, different species of trees, and the stream from the pond flowing down to the harbor. 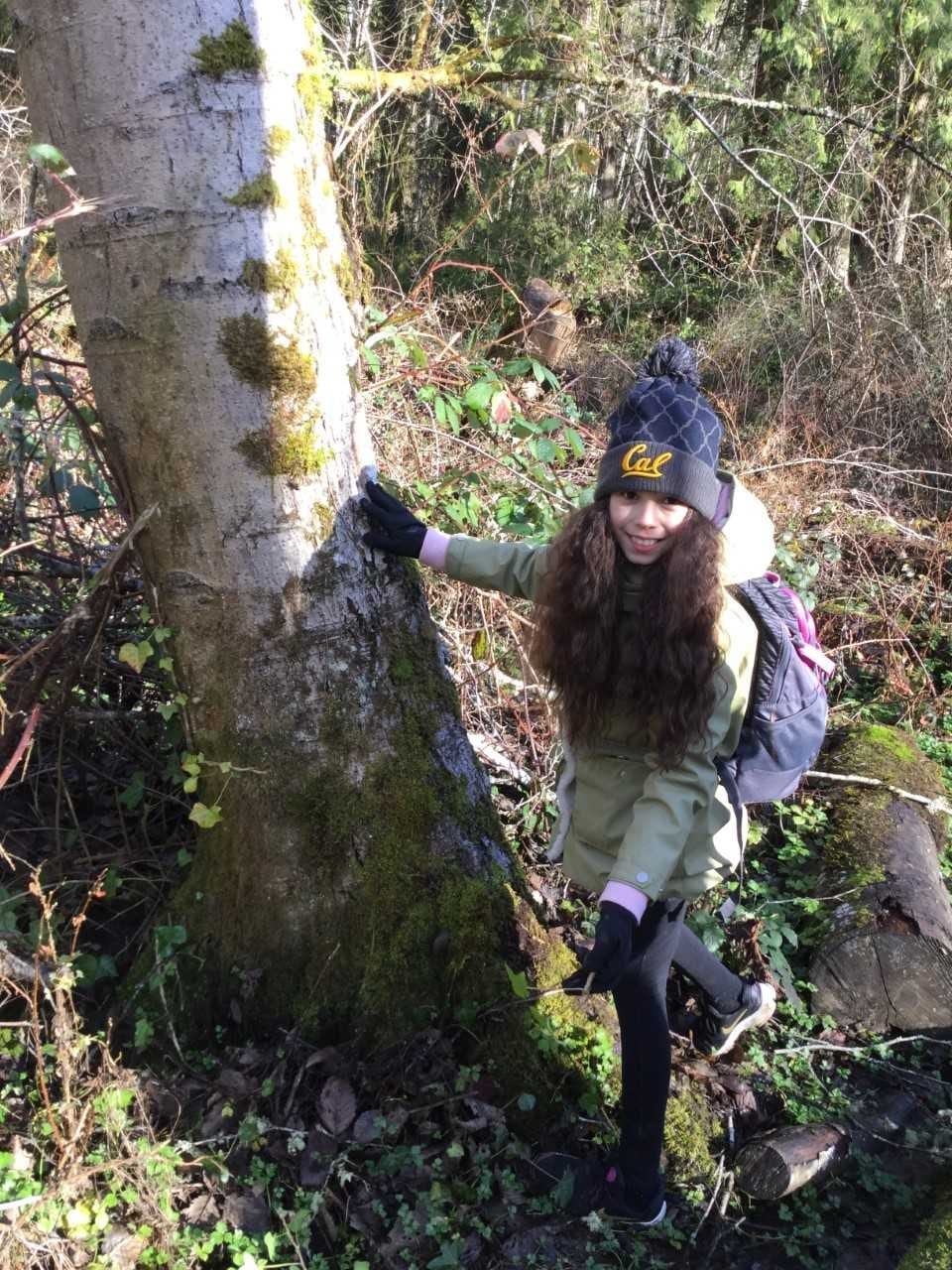 A student leans against a tree while pulling ivy.

On the last leg of our walk to the harbor, I reached down and grabbed an English ivy vine off a tree near the path. I asked my students if they knew what plant it was. They didn’t, so I introduced that it was English ivy and asked them where else they saw the plant growing. My students pointed it out on the trunks of trees, growing all the way up from the base and observed it growing on the ground too. I asked my next question, “What else is growing where the English ivy is growing?” Students quickly responded that nothing grew, a contrast to their earlier observations of moss and epiphytic ferns. I told them that English ivy is a non-native and that it’s called an invasive species because it’s hurting native species habitats.

Students asked if they could pull it out too as I had done. Another student asked if they could touch it without gloves on. When I told them they could touch it and pull it out, they immediately fanned out and started yanking up all the English ivy they could. Some students asked me to come check that they were pulling up the right plant, and I helped them identify it. Students worked together, pointing the ivy out to one another, holding hands as they leaned over the wetland beneath us to reach it, and pulling on the vines together. As they continued to collect English ivy, one student asked where they should put their pile. This provided an opportunity to talk about propagation of plants. I explained that English ivy can grow from cuttings, like the parts we are pulling up and that the best way to keep them from growing more is to leave them to dry out on the trail.

Before finishing our journey to the harbor, I wanted to finish educating my students on the difference between non-native and invasive species. I asked students if they knew any other species that are not native. A few students mentioned garden plants and trees from other countries. I asked if those plants, like English ivy, do not let other species grow, and then shared that non-native species can sometimes find a balance with native species and co-exist. 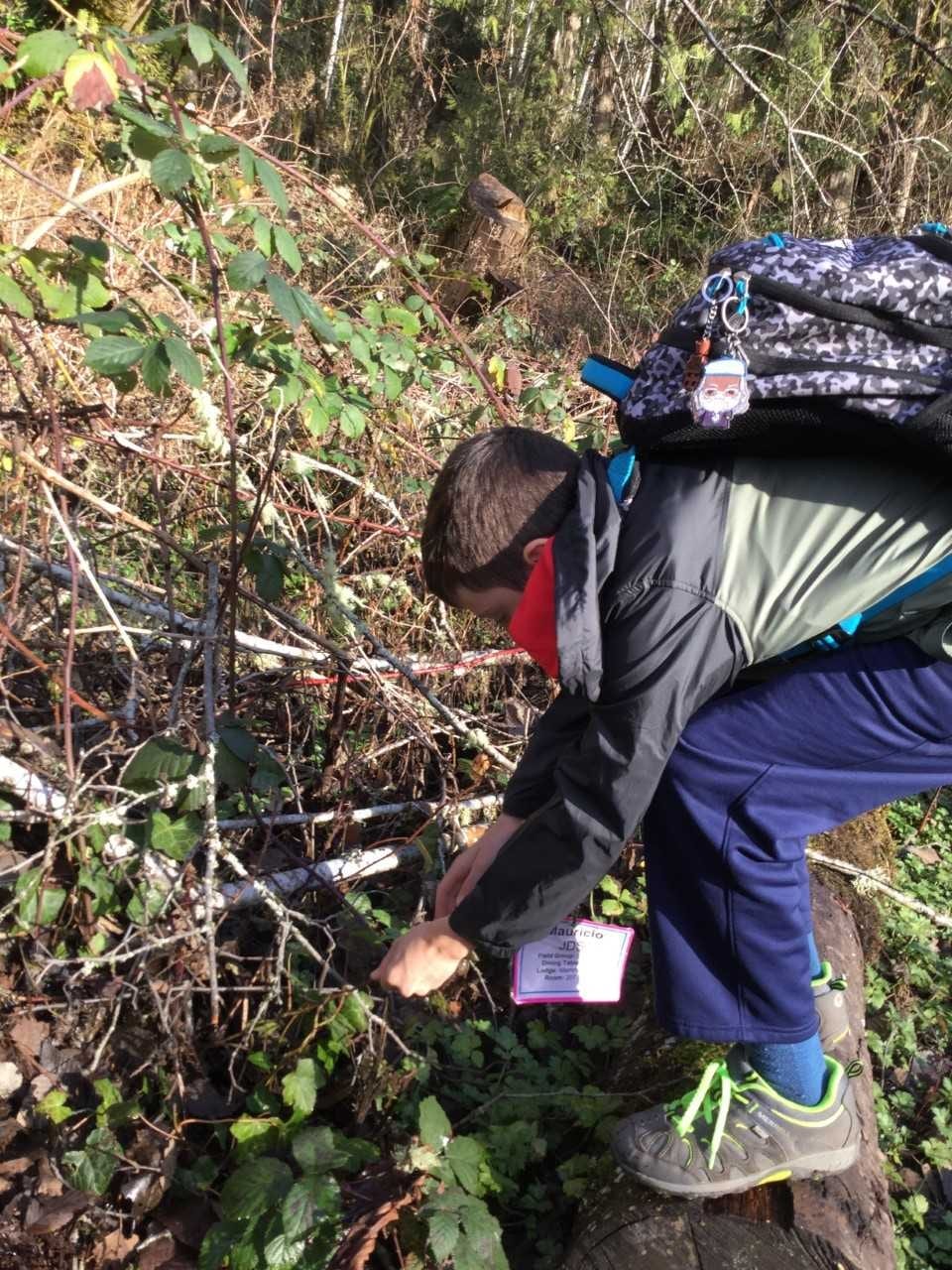 A student bends down to pull invasive ivy.

This spontaneous activity led to my students participating in stewardship, teamwork, plant identification, and exploration of native, non-native, and invasive species impacts, concepts that are important to my work as an environmental educator. I was able to have an impactful lesson, not because I had designed some masterful, all-inclusive lesson plan but because I listened to my students and took the time to deepen and encourage their interest in field work through stewardship. My students identified English ivy around campus for the rest of the week, and I knew that activity was as powerful for them as it was for me.

Haley Korcz is a student in IslandWood’s Graduate Program, offered in partnership with the University of Washington College of Education.