The Making of an SOP Muffin

The Making of an SOP Muffin

The kale was in bloom, masses of tiny yellow flowers hovering over the long-legged plants. The petals obscured the children’s faces. Curious hands disappeared into their midst and then reappeared with pinches of flowers. Mónica, Garden Educator for the School Overnight Program (SOP), had urged the students to taste the flowers and long, skinny seed pods. Almost as an afterthought, she tore off pieces of the more familiar but forgotten leaves and offered them up to the intrepid tasters. Grassy, peppery, bitter. A unanimous no. There may have been a bit of spitting. No worries. In the garden code of conduct, spitting is allowed, as long as one is careful about one’s aim. Better to spit than to never have tried. The children were gathering herbs for savory corn muffins, but these petals, pods, and leaves would remain on their stalk. 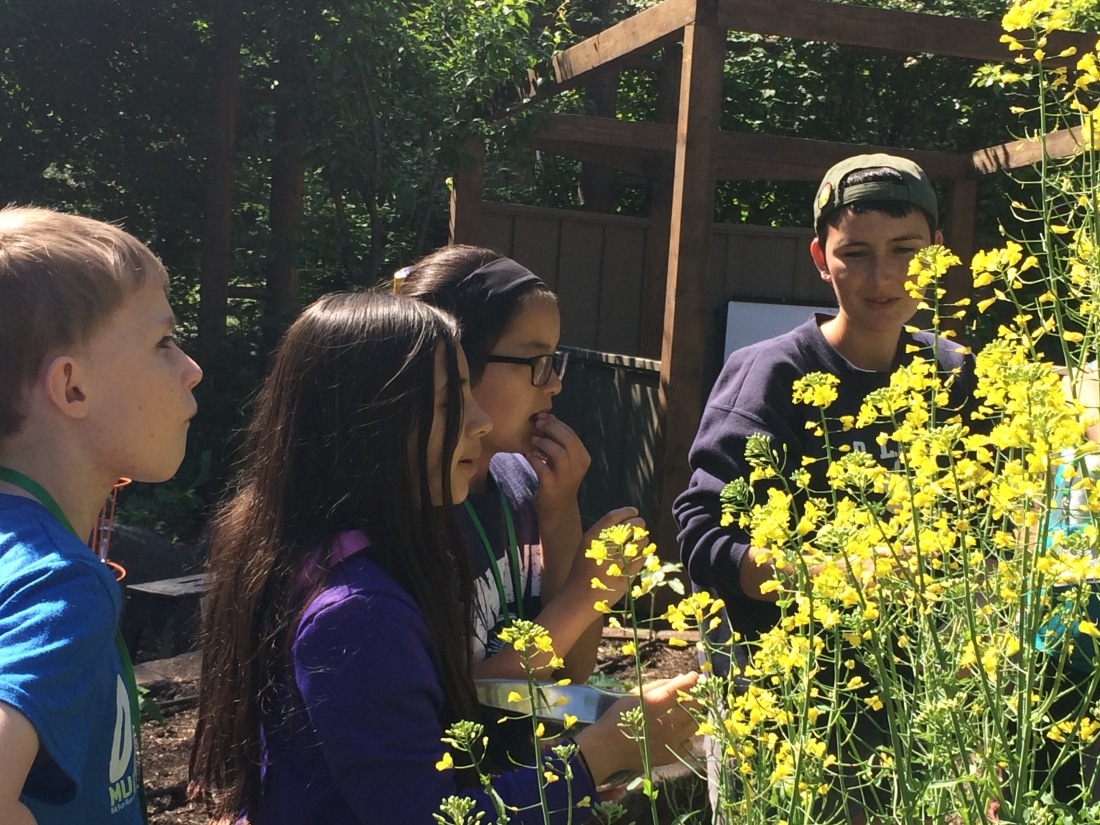 Next stop: chives. Jonas and Timothy demonstrated excellent form with the pinch and hold of the “two-hand harvest” and tossed the stems into Alma’s metal bowl, glinting in the bright May sun. The children brushed their faces against the delicate fronds of the fennel plant. “Edible pillows,” sighed Jonas. [Stop everything! A chipmunk. The children scattered about until the creature was spotted in a bed of sorrel.] Oregano, of course. Mint, so many kinds, familiar but with evocations of apple, chocolate, and pineapple. Alas, too sweet. Save it for tea, they agreed. Thyme, with the expected pun. Rosemary, as requested by IslandWood’s Chef Gareth. And finally wood sorrel, the children’s favorite.

Chef Gareth was waiting in the outdoor kitchen and directed the students to wash hands and don aprons. Let the muffin and butter making begin. The children loosened the red and blue kernels from the dried cobs, which fell clattering into the mixing bowls. Last spring, another SOP class had planted the corn, this gift, tended, harvested, and left to dry by successive generations of students. Chef Gareth handed a Nalgene water bottle filled with cream to Lara. Not much instruction was required. “Shake the butter, shake the butter. Shake, shake, shake, shake…” she sang, and then tiring, “Does anyone else want to shake the butter?”

Amalie tipped the kernels into the grinder. Twice they ground the corn, taking turns with the crank, until the meal reached the texture of sand. Several children swept it into their hands and let it slide through their fingers. They lined up at the cutting boards, and following Gareth’s advice, made little bundles of herbs which they set upon with impressively large knives. Alma handled hers gingerly; Lara rocked the blade expertly. The minced herbs were added to the mix. 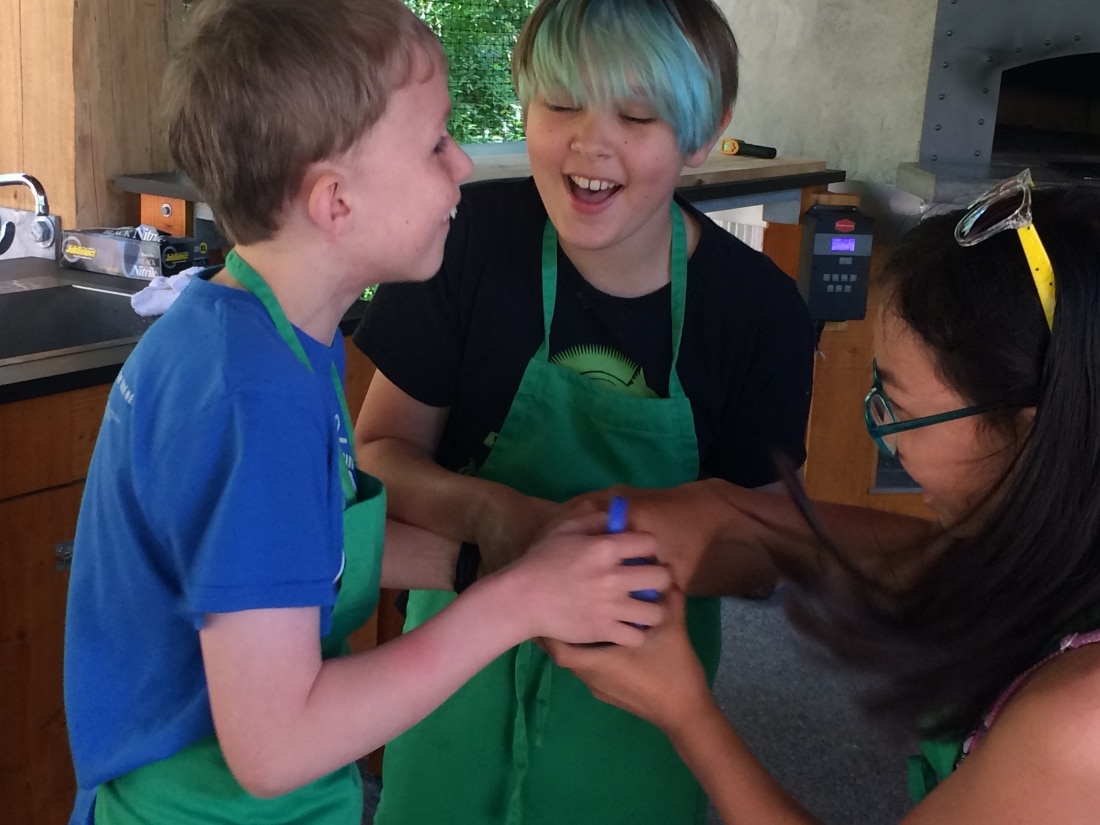 “I’m getting exercise,” shouted Lara, who, finished with her chopping, was now jumping up and down with the bottle of butter. “Is it supposed to be watery?” she asked, as the large lump plunked and splashed about in the cloudy whey. Jonas joined in, holding the bottle with Lara. And then Timothy, too. “We’re teamwork shaking!” all three laughed, and soon they set off in a cha-cha line, dancing and singing the butter song. “We shake the butter…”

Gareth and the students added pinches of powder and salt, mixing “just enough” and adding milk when the batter looked “too tight.” He relies on the intuition of a longtime cook, and the free and easy attitude caught on quickly. A little spill of milk, measuring a quarter cup of sugar in the third-cup measure, no problem. Finally, the muffin trays were sprayed with oil, filled, and loaded into the new stone oven…

And then it was muffin time, with butter of course. Did they taste good? A unanimous yes.